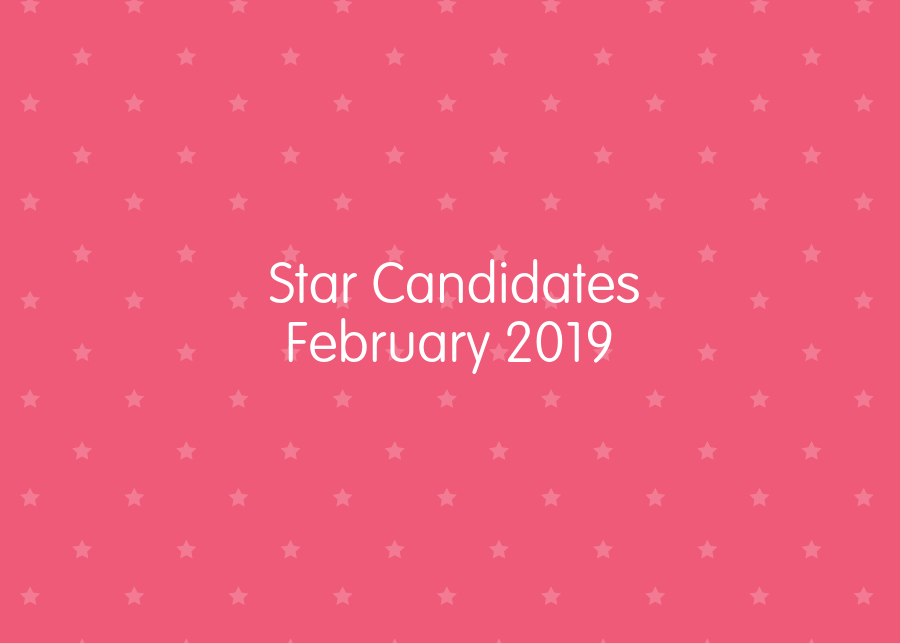 Another great month of our star candidates exceeding in the Early Years sector! Congratulations to the following candidates.

Expect A Star is pleased to have Joanna back on the casual team and would like to choose her as VIC Star Candidate for February 2019. Joanna is confident and calm visiting any new setting and this shows in her glowing feedback from clients. The team is pleased to have Joanna representing Expect A Star again and looking forward to introducing her to many more new clients!

Paulina has been working as a casual educator with us since 2011. She receives consistently great feedback from centres who especially praise her friendly nature and ability to work with all different age groups. She has quickly become a preferred regular at the centres she worked at. The team appreciates Paulina’s  flexibility to travel to shifts often on short notice. Thank you for your hard work Paulina!

Stephanie joined Expect A Star last year in October and has received great feedback from centres she’s been working at. Centres tell us that she is a great team player and able to quickly build rapport with children. Stephanie is very hands on and proactive, making the day easier for the other educators she works with. The team appreciates her enthusiasm and positivity. Congratulations Stephanie!

Jasmin has been working consistently for Expect A Star since August last year. We are told by the centres that Jasmin is extremely proactive and always willing to help with any task big or small. She is also always observed engaging in meaningful and positive interactions with children of all ages. It is very obvious from all of the feedback that Jasmin is a passionate and caring educator. Thank you and well done Jasmin!